Fast-paced, clean, and very funny! We take suggestions from the audience and create comedy on the spot. Stevie Ray’s Comedy Cabaret 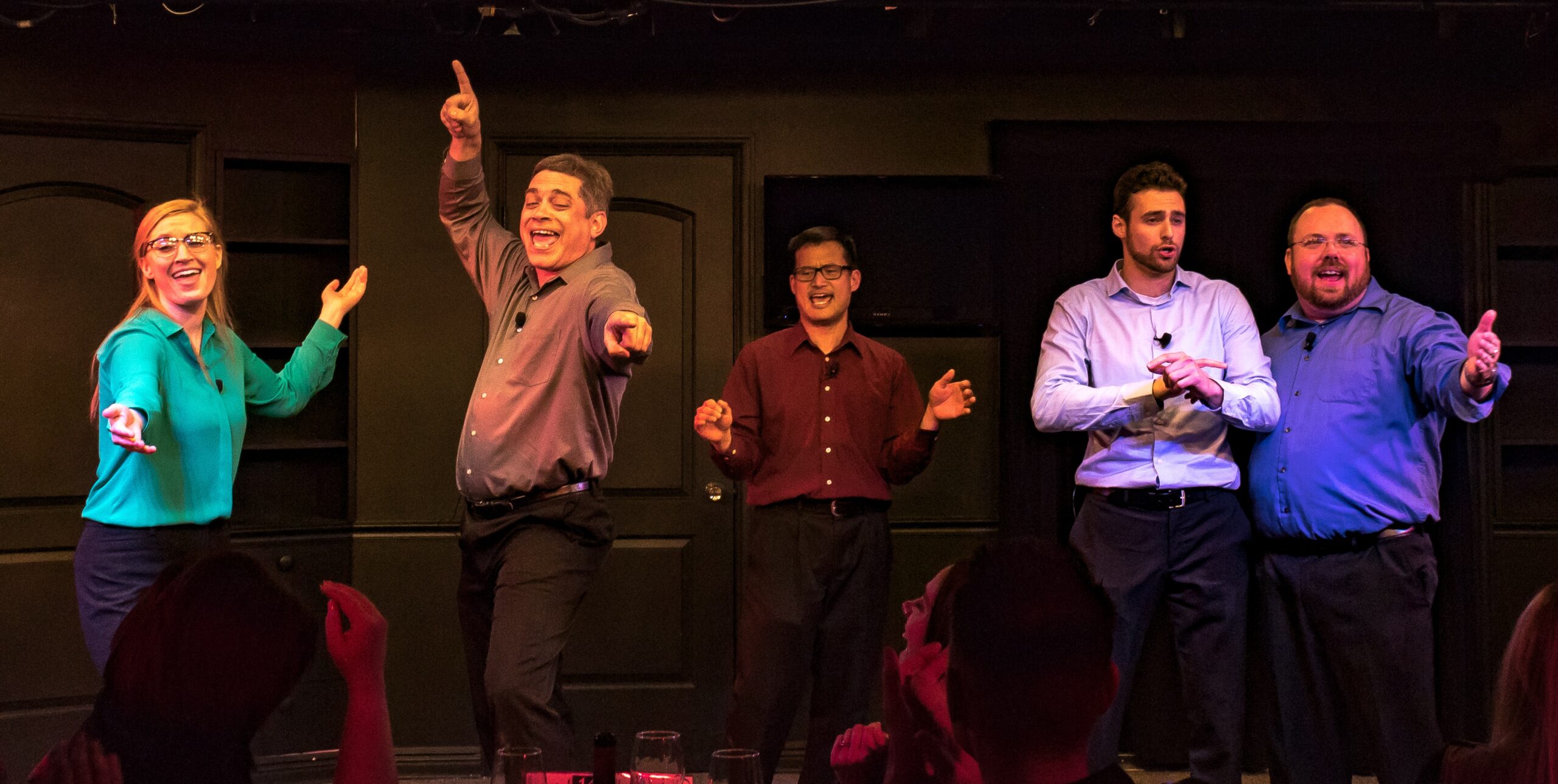 At Stevie Ray’s Comedy Cabaret, the Stevie Ray’s Comedy Troupe creates instant comedy based on ideas you call out from the audience. If you like the hit TV show Whose Line is it Anyway?, you’ll love Stevie Ray’s.  We perform comedy that is meant for adults, but isn’t juvenile or dirty, so you don’t have to be uncomfortable bringing a date, a client, or the in-laws. At Stevie Ray’s, there is something for everyone (except people who don’t like to laugh).

Order tickets: By calling 952-934-1525 or reserve online by clicking HERE or on “Purchase Tickets” above!

Special Events: Be sure to tell the Box Office about any birthdays, anniversaries, or “just because” reasons you are coming to the show. They will let the troupe know to do something just for you during the show. If you have a really special event, the honoree just might be brought on stage to join the troupe!

Groups: You have three options: 1) Bring your group to the show as part of the general audience. 2) Buy out the house just for your party. 3) Book a show on another night of the week for your event. Call the Chanhassen Dinner Theatres at 952-934-1525 for more details.