I was working with Terry, an executive at a software development company, to prepare him for an upcoming conference. When I asked about his greatest concern, he said, “I have to deliver the closing keynote. I am supposed to wrap up the entire three-day event and send the attendees away with a positive attitude and clear action steps.” Terry is a seasoned pro when it comes to software, and he is a respected figure in his field. Given that he was held in high regard in his profession, I wondered why he was so anxious about his upcoming speech. Terry said, “I’m freaking out because the last time I did this, it went completely off the rails. I couldn’t follow my notes, so my presentation was jumbled. The Q & A session at the end was a joke because I didn’t have answers for half the questions. And the stage lights were so bright, I couldn’t see anyone in the audience.” 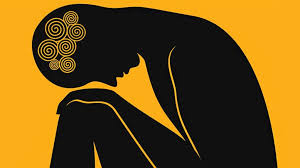 Terry was engaging in a pattern of behavior that is inherent to humans; predicting future success based on past experience. Recalling similar experiences to prepare for a consequential event does seem like a perfectly reasonable thing to do. After all, what do we have to reply upon other than the past? And we cannot simply walk into an important event without some mental preparation. The problem is, while Terry was engaging in a normal behavior, he was also engaging in an utterly destructive one. It was a behavior that, for a number of reasons, guaranteed failure.

The first reason is that the brain hates a blank slate. If we are about to undertake a task, and there are an endless number of possible outcomes, it is highly stressful to people. If you ask someone where they would like to have lunch, the plethora of eating options causes a meltdown. However, if you ask someone whether they would like Italian, Chinese, or Mexican food, they can quickly list their favorite choice. Likewise, we can’t go into a situation, like Terry’s presentation, without some hint as to the possible outcome. In short, the brain must predict the outcome of every situation. The second reason Terry’s behavior was destructive was not because he was using history to predict the future; it was because he was using his memory of history. Any neurologist will tell you that human memory is the most inaccurate source of information on the planet. Our brains are not computers that store data and images for later retrieval. Our brains will first interpret the input and then store the interpretation of events; no matter how faulty the interpretation. So, our memories of history are not the real history at all. The third mistake Terry made was to use past failure to predict a bad outcome in the future. When the brain makes a prediction, it will seek to make that prediction come true; even if the prediction is against the best interest of the brain’s host (you). This is a phenomenon called Psychological Consistency. The brain is more concerned about its predictions being accurate than it is in having a positive outcome.

While Terry was succumbing to the natural urge to enter a tense situation without a blank slate, by dredging up horrible memories, he was ensuring that—through the use of Psychological Consistency—he would subconsciously sabotage his own performance. We all do this in a variety of settings: important meetings, new encounters, what have you. The good news is, there is a simple way to reverse this mistake; you must remember good things, not bad.

To activate this mental mechanism, I asked Terry, “Do you remember the last time you delivered a closing keynote at a conference in which you did a great job?” Terry had to think for a minute (we often tend to let bad experiences shove their way to the front of our memories). He finally said, “Yeah. It was a few years ago when I had just moved into my new position. I needed to introduce myself to the attendees and give them my ideas for how I was going to direct this division. Not only did I think I did a good job, I had a lot of people coming up to me afterward and complimenting me on my presentation.” My question had started Terry down the right path, but I needed to continue in order to take full advantage of this brain trick. I asked Terry to recount every detail of the successful event; what he wore, the room set-up, the type of people in the audience, and exactly what he said. The more questions I asked, the more Terry was able to recall details about his successful event that he had previously forgotten.

Why did I ask Terry to remember the successful event in such detail when I just got done saying in this article that human memory is unreliable? Because it didn’t matter that Terry remembered his past event accurately; it mattered that he remembered it positively. The brain assumes that everything that happens in our past will recur in the future. It is easier for the brain to recreate the past than to create from a blank slate. If you remember past negative events, they will affect future outcomes. If you remember past successes, the brain is tricked into thinking that the past will rise up and ensure a good outcome. The trick is to remember with as much detail as possible. The more detail you can bring to the picture, the greater effect it will have on the brain’s predictive mechanism. Basically, if you remember past failures with vagueness, but past successes in great detail, the successful past wins; and so does your future. Our memories might be flawed, but we can easily use that flaw to help us find greater success.

Stevie Ray is a nationally recognized corporate speaker and trainer, helping companies improve communication skills, customer service, leadership, and team management.  He can be reached at www.stevierays.org or stevie@stevierays.org.